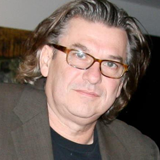 Marcel worked in Hollywood from 1990 to 2012 as Sound Designer, Sound Supervisor, Music Editor and Picture Editor on over 70 feature films and 150 commercials. Starting off in Los Angeles at Skywalker South in his own studio “2 pop films” in Santa Monica, Marcel has supervised films on many mixing stages along with HBO, Zoetrope, New Line Cinema, and Warner Bros, and has worked on many independent films with directors and producers including Forest Whitaker, Andy Garcia and Alison Anders.

After growing up in Seattle and studying Film and Music in Portland, Marcel set up his first production studio in San Francisco in 1979, and moved to Hollywood in 1990 to pursue scoring, and sound design and picture editing. Marcel brought “2pop films” back to the SF Bay Area in 2012 to produce documentaries on emerging technology, beginning with the feature “Taxi Wars”.

For the kids of Paarl – 7 minutes – https://www.youtube.com/watch?v=I_eNaDOWaNU

Marcel and Herzog’s  latest films have been in over 16 festivals and have won several awards.  “Patton” now has won over 4 awards in the USA including two audience awards.. “For the Kids of Paarl” just recently won “Best Documentary Short in The Western United States” in Hawaii. Kramer flew to Hawaii to accept the award on March 20th 2017.

Taxi Wars is currently in production, after completing over a year of research on the ride share and taxi communities in the San Francisco, London and Mumbai India. Marcel and his team have driven over 20,000 rides for Uber and Lyft. The teams research has spanned over 12 countries focusing on the effects of the Ride Share movement. 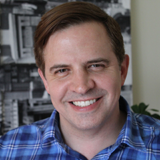 Evan Kirchhoff is the former CTO and cofounder of Qubop, a mobile consulting company in San Francisco specializing in enterprise app development for iOS, Android, Windows Phone and BlackBerry. Evan has been creating mobile products for over 10 years, with a specialization in UI design and user experience. Before Qubop, he was employee #1 at Corona Labs and Lead Architect on their tools for iOS and Android, currently used by hundreds of thousands of developers worldwide.

Evan previously worked for Adobe as a Senior Developer on their Verizon Wireless content platform. In addition, Evan was the cofounder of Comrade Software, a web and mobile production company that created games for the carrier decks of both Verizon and Softbank Japan, with clients that included Sun Microsystems, BNP Paribas, Cardinal Health, Benchmark Capital, Seattle Sound Transit, the Dallas Federal Reserve, Blue Shield of California, and Ask.com. 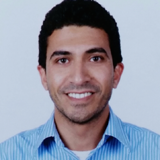 Sam Badawy is a telecommunications engineer who relocated to Silicon Valley from Cairo in search of a career in tech. Within a short time, Sam found himself caught up in the madness of becoming a rideshare “Partner” with both Uber and Lyft. He has completed several thousand trips for both companies, resulting in a deep understanding of what it means to be a top driver for each of them.

Sam joined the Taxi Wars documentary team in February 2016 as a rideshare consultant and international spokesperson. Sam can easily relate to the global explosion of the gig economy that has appeared in almost every major city in the world in only three years. 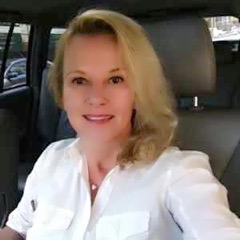 Katarina Hanson is an original Lyft driver and Mentor. Since giving the first Lyft ride on June 1st, 2012, she has given over 5000 safe, fun, and friendly rides to happy passengers while maintaining an average star rating above 4.9. She has mentored hundreds (possibly thousands!) of new drivers since the start of the Mentor program. Additionally, she has been an active member of the Lyft community, appeared in multiple Lyft commercials, participated in various focus groups, and supported Lyft’s interests at meetings with the CPUC in San Francisco and in Sacramento. 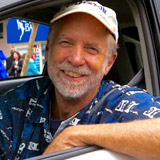 In 1985, at age 33, Brad Newsham began driving a San Francisco taxi –- for six months, just to pay off his credit card. In 2013, at age 61, and with the “so-called rideshare companies” dynamiting the taxi industry, he sold his medallion and quit driving. He misses conversing with passengers, but says that stepping away from the cab world’s toxic politics has made him feel like a “freed hostage.”

Random House has published two round-the-world backpack memoirs authored by Newsham. For twenty years Newsham gave away a free ride every shift, and in 2016 he will publish “Free Ride: Mercy and Madness on the Streets of God’s Favorite City,” his behind-the-wheel chronicle of the year 2010. He likes to think he lends “taxicab cred” to this project.